Greetings and welcome to the Krugersdorp High School Foundation. If you are an "old student" or friend and supporter of K.H.S. and have not joined the foundation as yet, then you need to scroll down the Foundation menu and register on the database site.

Whichever the years you attended K.H.S, these must have been some of the best years of your life. The good news is that K.H.S. is still a great school, still a special place to all who pass through its portals, and is rated by most as the top Co-ed school in Gauteng and one of the top schools in Gauteng when combining public and private schools. The school has retained its tradition, ethos and culture, and even though society, morality and technology have changed, the school has remained a beacon of hope and direction in fast-changing and turbulent times.

Why have so many been so loyal all these years? It's the conservation, it's the community, it's the supportive parents, it's the discipline, it's the hostel structures, it's the middle of the road, spontaneous, unsophisticated, affectionate, open, friendly youngsters. It's the staff (twenty of whom are old students who have a feel for the place) who care for the kids and each other. It's the child-centred approach and it's the wonderful facilities and magnificent campus.

There has been a national tendency to straitjacket all public schools into a uniform mould and to erode public school traditions so that all schools will eventually conform to a standard policy. We wish to retain our operating autonomy, fiscal independence and our institutional pride and dignity. We wish to become a "private" public school.

If one considers our academic results and the sustained sporting and cultural achievements and when one communicates with those associated with K.H.S, one comes to realise that something of great value exists here  a real treasure. There is a very, very special feeling here which I am certain few other schools experience. But the magic that is K.H.S. is under serious threat  mainly due to lack of funds.

We cannot remain complacent about the school and the tremendous influence it exerts. Funds must be generated if K.H.S. wants to remain relevant. We have to keep the best educators and learners at K.H.S. and need to draw the best to teach, coach and be taught.

Teachers from K.H.S. are lured into the private sector and to private schools and the school is having less and less say in the appointment of teachers. The same applies to our top learners from our feeder primary schools. They are also lured to private schools. The only option is to make K.H.S. an attractive alternative. It has therefore been decided to establish a K.H.S. Foundation which will have trustees outside of the normal school structures so as to ensure independence who will allocate funds according to strong guidelines.

All old K.H.S. students are living testimony of the positive role K.H.S. has played in their lives. We must ensure that K.H.S. does not drown in a sea of mediocrity. Now is the hour for you to show your respect and concern for and gratitude to a truly magnificent institution. 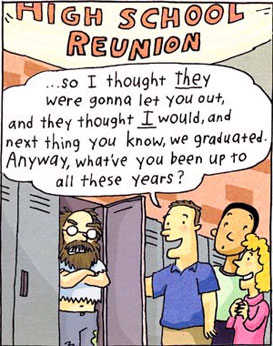 planning a reunion? click here.
- CREATING A FUTURE, REFLECTIVE OF OUR WORTHY PAST -